One Belt One Road and Neo-Colonialism Theorists By Uche Kingsley

Just like most of its engagements with African countries, neo-colonialism theorists have branded the One Belt One Road (OBOR) initiative of President Xi Jingping as another effort by China to further its neocolonial tentacles across the world and Africa in particular.

Recall that at Nazarbayev University in Astana, Kazakhstan, Xi Jinping in 2013 announced the proposed multi-billion dollar initiative. An ambitious project that has stunned many of China’s critics, Xi said it would help to boost infrastructure development across the participating countries, create employment, enhance economic growth and promote people-to-people interactions. 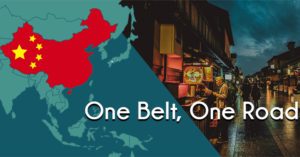 Major financial support for the gigantic project is expected from the Asian Infrastructure Investment Bank (AIIB) and the Silk Road Fund.

The media recently quoted Wang Yi, China’s Foreign Affairs Minister, as saying the initiative aims to achieve complementary advantages, narrow down the development gap among regions, speed up the process of regional integration to realize joint development and common prosperity among Asian and European countries and related regions.

But critics insist that the project, when operational will only serve as a conduit for China to siphon economic resources from the partnering nations to strengthen its economy back home, a charge China fervently denies.

In a recent article published on its website, US-based satellite television network, CNN, said that it would be difficult to predict what the entire project encompasses but “detractors warn it could be an expensive boondoggle at best or a massive expansion of Chinese imperial power at worst”. Quoting one Nick Marro, an analyst with the Economist Intelligence Unit, it contends that China is looking to use OBOR as a way to ship its own domestic overproduction offshore…