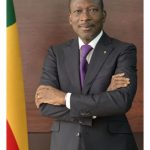 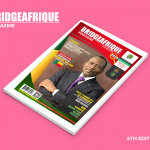 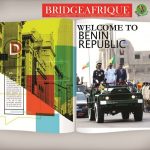 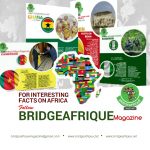 Democratic stability in the Benin Republic has earned it the title of Sub-Saharan Africa’s nation with consistent election cycles that are non-violence prone. It made global news that the last elections in 2016 were marred by political setbacks and parliamentary squabbles, such that the UN, ECOWAS, and Nigeria had to intervene to restore the calm. The transfer of power in the 2016 Presidential elections held in March that year unearthed the coming of a new government led by former businessman turned politician Patrice Talon who emerged beating his opponent in a fair contest of capacity and popularity. Mr. Talon was an ally who became a bitter rival of former President Boni Yayi. As it stands the new President takes the reigns of power with evolving ideas and economic prospects to offer the 11 million Beninoir citizens under his watch. Benin Republic’s budget in 2018 was investment focused and shaped just as in 2019 to encourage private sector-driven growth. The 2018 budget was valued at just over US$3.1 billion. In keeping with the spirit of economic expediency, the Benin Republic government was one of the early signatories to the African Continental Free Trade Area Agreement – AfCFTA, which has seen Nigeria as the 53rd signatory country with President Muhammadu Buhari doing the needful. Nigeria’s president autographed the Treaty on Sunday, 7th July 2019 at the 12th Extraordinary Session of the Assembly of the Union on AfCFTA and the first Mid-Year Coordination Meeting of the African Union and Regional Economic Communities in Niamey. As of today, Eritrea remains the only of 55 African countries yet to approve the treaty. Ghana another neighbor of Benin Republic will host the AfCFTA headquarters and airline hub and all these are geared to impact fortuitously on the economy of Benin in the foreseeable future. Looking at the positive impact of the AfCFTA on the Benin Republic which shares about 800km of borders with Nigeria, Africa’s largest economy, the AfCFTA trade platform can offer Benin manufacturers of goods and services as also those in other African nation’s the opportunity to construct regional value chains and business networks of Made-in-Africa products and services worth several million and possibly billions of dollars in the long term. The challenges of the AfCTA highlighted by geo-economic pundits, CSOs, and trade experts include “curbing injurious trade practices by third parties. The second would be attracting the investment needed to grow local manufacturing, ensuring speedy and steady technology transfer, service capacities building amongst key issues. All these above mentioned when analyzed in tandem with President Talon’s quest to shape Benin Republic’s future economic breakthroughs gives clarity to his vision to ensure that the nation is reformed profitably for the challenges ahead. It is important to express that the 18th Ordinary Session of the Assembly of Heads of State and Government of the African Union, held in Addis Ababa, Ethiopia in January 2012, adopted a decision to establish a Continental Free Trade Area by an indicative date of 2017. A unanimous endorsement for an Action Plan on Boosting Intra-Africa Trade which identifies seven clusters: trade policy, trade facilitation, trade information, productive capacity, trade-related infrastructure, trade information, factor market integration, and trade finance were outlined. Impact investments in research and development (R&D) are also key to the growth envisioned so as to achieve decent jobs quota for Benin Republic and other (West) African workers. Sustainable Development Goal 8 (SDG8) plays a pivotal role in efforts to achieve the 2030 Agenda for the African workforce. SDG8 seeks to promote sustained, inclusive and

growth, full and productive employment, and decent work for all.

When the Benin Republic is put in perspective of the SDGs and AfCFTA whilst being accessed from a holistic point of view, it opens the beninoir economy to competitive advancement opportunities and trade partnerships with 54 African countries having a combined population of over one billion consumers. President Patrice Talon’s economy of Benin Republic would no doubt be feeling like never before the combined effect of the Gross Domestic Product of more than US$3.4 trillion. Just as the Maastricht Treaty was negotiated and signed in the Netherlands in 1992 and gave birth to the European Union and ultimately the creation of the Euro currency in 1999, the AfCFTA Treaty is looked upon as a catalyst that will further accelerate trade growth across African nations. Further to this ECOWAS recently announced the creation of a West African “Eco” currency which will be issued from January 2020 and the Benin Republic as well as her West African neighbors stand to be huge benefactors of this positive financial resolution as an influential trade bloc to strengthen its export markets and robustness in the larger continental market.

In keeping with projecting positive outcomes in the growth of the Government of Benin (GOB) has envisioned significant hopes on mobilizing private sector funding for key major infrastructure development projects over the next three to five years through public-private partnerships (PPPs). Also, a new law to facilitate PPPs has been enacted and is expected to attract additional Foreign Direct Investment (FDI) and increase the country’s economic growth under the government’s five-year action plan. All these above highlighted economic strategies must be fused with a SWOT (Strengths, Weakness, Opportunities, and Threats) analysis of the AfCFTA’s unforeseen hurdles. President Talon and his cabinet need to work out every measure of maximizing this new trade agreement, ensure structures are in place to achieve efficient implementation of this Treaty as also orchestrate a tandem of frontier industrialization of the Benin republic. It is key that AfCFTA connects seamlessly with the extant ECOWAS Trade Liberalisation Scheme. In the course of x-raying AfCFTA’s possibilities to gain sustainable traction, the African Growth and Opportunity Act (AGOA) set in motion by the United States which was to improved US-Africa trade relationships comes to mind. The AGOA trade act was set in motion on the 18th, May nineteen years ago and was centric at enhancing greater market access to the US for Sub-Saharan nations that made the cut. The pre-requisites to enjoy the AGOA platform included an improvement in each nation’s rule of law, human rights records, respect for labor standards, unfortunately, at the time, all these were bars too high for African nations to meet. But then these must be considered as heights worth achieving at this time in order to make AfCFTA count for all nation players in the much-needed modernization of African trade standards which will pay dividends for all in the short, medium, and long-term.