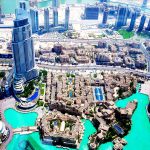 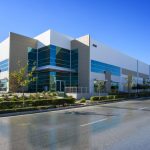 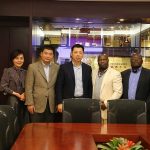 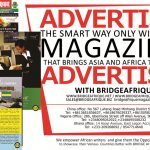 Lorenzo Riccardi had traveled the entire African continent, visiting every nation of Africa during recent years in a project named 200 Economies. Here a selection of pictures from his journey around Africa. The project started from the concept of “G-200”, an ideal cluster including all the countries in the world. Globalization has indeed allowed the creation of always more interactions among different countries in terms of trade, finance, investments, diplomacy, and culture. G-200 is a project promoting a future change from G-20 to a global economy with investments to all developed, emerging, and frontier countries.

Lorenzo Riccardi has completed his own Grand Tour to every economy of the world visiting 200 countries and territories, including all member states of the United Nations (193) and all the countries in Africa carrying out the greatest business tour around the world. Over the years Riccardi has planned itineraries and collected economic data on a dedicated website (200-economies.com), organizing conferences under the patronage of investment agencies and government organizations.

Lorenzo Riccardi has been living in China, the leading country of the emerging markets, for 15 years and decided to follow the new path of Chinese investments from the Great Wall to the entire world as a modern Marco Polo. A complex journey, in stages, along the Silk Road and the global market to catch all the newest economic trends under the influence of Washington and Beijing.

To travel to different regions and in all the UN countries it takes a good organization, both from a logistic and bureaucratic point of view: there are many visas difficult to get such as the one for Equatorial Guinea and Turkmenistan. Also, many areas are not well connected by flights, like for example Kiribati which is the most easterly country in the world, or Nauru which is the least visited with only 180 visitors per year. It’s also important to have a good knowledge of dangerous areas, where there are ongoing wars (Iraq, Syria, Lybia), or areas at risk of serious illnesses (such as Ebola in the Democratic Republic of the Congo, Yellow Fever in most parts of Africa and Deng in some areas of Southeast Asia). Moreover, different time zones and weather conditions, political systems, and religious influences are important factors to be taken into consideration when planning journeys and also to understand all the different regions.

“To understand the global development, it’s important to travel from China to the rest of the world,” says the creator of the project “200 Economies” Lorenzo Riccardi. “In Southeast Asia, Thailand and Vietnam both represent the ideal partners for investments in that area with export trades towards West. In Africa the influence of Beijing is tangible: the new airport of Algeria, the railways along the coasts of Nigeria, the AU Conference Center and Office Complex in Addis Ababa, and the biggest mosque of the continent have all been built by Chinese companies. Also, in Oceania, one of the regions most influenced by the US, the Belt, and Road projects brought to the construction of new airports, roads, and infrastructures connecting the Pacific area with Asia, both from an economic and geographic point of view”.